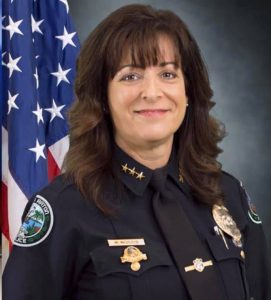 The City of Boca Raton has announced that Michele Miuccio has been appointed as Interim Chief of Police. The appointment becomes effective on December 1, 2019.

Miuccio is currently the Deputy Chief of Police and succeeds Chief Dan Alexander who is retiring from the City’s force.

Miuccio has been with the department for more than 30 years and has served as deputy chief for the past four years.